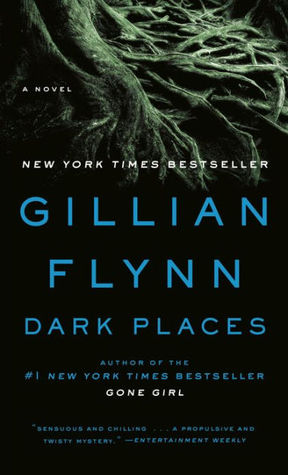 Libby Day was seven when her mother and two sisters were murdered in “The Satan Sacrifice of Kinnakee, Kansas.” As her family lay dying, little Libby fled their tiny farmhouse into the freezing January snow. She lost some fingers and toes, but she survived–and famously testified that her fifteen-year-old brother, Ben, was the killer. Twenty-five years later, Ben sits in prison, and troubled Libby lives off the dregs of a trust created by well-wishers who’ve long forgotten her. The Kill Club is a macabre secret society obsessed with notorious crimes. When they locate Libby and pump her for details–proof they hope may free Ben–Libby hatches a plan to profit off her tragic history. For a fee, she’ll reconnect with the players from that night and report her findings to the club . . . and maybe she’ll admit her testimony wasn’t so solid after all.As Libby’s search takes her from shabby Missouri strip clubs to abandoned Oklahoma tourist towns, the narrative flashes back to January 2, 1985. The events of that day are relayed through the eyes of Libby’s doomed family members–including Ben, a loner whose rage over his shiftless father and their failing farm have driven him into a disturbing friendship with the new girl in town. Piece by piece, the unimaginable truth emerges, and Libby finds herself right back where she started–on the run from a killer.

Words can't even begin to describe how hyped any book by Gillian Flynn is. One of my students told me that Dark Places was his favorite book ever and gave me his copy to read. After watching Gone Girl and really enjoying it, I couldn't wait to see if her books were as entertaining and engaging as the movie. Libby Day will forever be remembered as the little girl whose brother slaughtered their entire family. Twenty-five years later, Libby's brother Ben is still sitting in jail and Libby is running out of money from the tragedy. When a group reaches out to talk to LIbby about the murders, Libby accepts and starts to question her own memory of her brother and what really happened on that cold, deadly night. This book sounded so promising but ended up being just so….boring. It flashed between the present and the events leading up to the night of the murder. While it was really interesting seeing what actually happened when Libby was seven and didn't really understand what was going on, I didn't feel connected to any characters at all, especially Libby. I get that she was supposed to be an unreliable and unlikable character, but I just don't enjoy books where I don't even like the main character I'm reading about. I've got to say, I definitely didn't guess who committed the murders, but the moments leading up to the big reveal were anticlimactic and just boring. There was so much of Libby thinking and remembering and I was never scared or on the edge of my seat. There was so much crazy in Gone Girl that I guess I expected more wow factor from this book that I definitely didn't get. As my first Gillian Flynn novel, I was not impressed. At all. There was no suspense or intrigue and everything just went too slow for my liking. I think I still want to check out Gone Girl to see if maybe that one is the way to go, but I was severely disappointed in Dark Places.