Cover Reveal: Behind Your Back by Chelsea M Cameron

Today is the cover reveal for Chelsea M. Cameron's upcoming title, BEHIND YOUR BACK. This book will be released in February 2015 but be sure to check out the author's note below for some special news about the release!

Add the book to GOODREADS

This past summer I traveled to Edinburgh, Scotland for a book signing. It was my first trip outside of the US and I was nervous as hell. While I was on the plane and begging for my motion sickness medication to kick in, I started thinking about a character I didn’t “know” yet. Every now and then I will get a character’s voice in my head and not have a story for them. More often than not, my books start with just one character. I don’t know where the story is going, or what they’re going to do. I only have their voice guiding me. I told myself I wasn’t going to work on anything new on my trip, since I already had existing deadlines. But of course the voice ignored me. He kept talking to me. I couldn’t resist, so I started working on his story in my gorgeous hotel room with its view of Edinburgh castle. I wrote some more words at the Elephant House, which is where J. K. Rowling started writing the first Harry Potter book. Over vegetable lasagna and jasmine tea, a story started to develop. It was different than anything I’d ever written. Told completely from a male point of view. It was also a romantic suspense, something I’d been dying to try writing, but didn’t think I had the ability to do. I called my mother in my excitement and her words were “that’s completely different than anything you’ve ever written.” This is that story. And since this story is so completely different, I’m doing something different when I release it. In February (date to be determined), you will not only get the first book on that day, Behind Your Back, you will also be able to buy the sequel, Back To Back! No weeks or months of waiting to find out what happens. You can read the two books in one day if you want. Instant gratification. I hope you fall in love with these books as much as I have while writing them.

She wears a wig and colored contacts the first time I see her in person. Her electric green eyes are too memorable, even in a crowd. But underneath the plain brown wig and the brown contacts and the bored expression she wears, something shines through that she can’t cover up.
I recognize it right away, even if I wouldn’t have been searching for her. Raising myself from my chair, I cross the coffee shop. She watches her phone, pretending to be the kind of girl who can’t abandon her Facebook page for longer than three seconds. But I know. I know her.
Her finger hovers over the screen of the phone, her shoulders slump, but her foot jiggles just a little bit. Not enough for anyone but me to notice. But I see it. I see her.
I pass by her table on my way out the door. I give her one glance. A visual brush over her body. I know she sees me, but pretends not to. She pushes the wig back and I can just barely see the flash of red hair at the nape of her neck, along with a tattoo. I can’t see all of it, but I don’t need to. I know that, too.
A Celtic knot.
I pass through the door and don’t look back. Her eyes follow me down the street to the crosswalk and until I’m out of view.
She sees me. 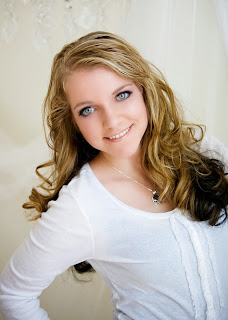 Chelsea M. Cameron is a YA/NA New York Times/USA Today Best Selling author from Maine. Lover of things random and ridiculous, Jane Austen/Charlotte and Emily Bronte Fangirl, red velvet cake enthusiast, obsessive tea drinker, vegetarian, former cheerleader and world's worst video gamer. When not writing, she enjoys watching infomercials, singing in the car and tweeting (this one time, she was tweeted by Neil Gaiman). She has a degree in journalism from the University of Maine, Orono that she promptly abandoned to write about the people in her own head. More often than not, these people turn out to be just as weird as she is.

Posted by Jessica (Peace Love Books) at 8:47 AM