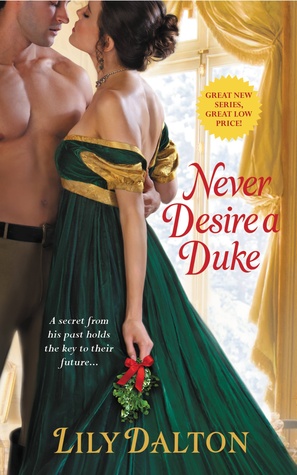 Summary: A secret from his past holds the key to their future...
A Marriage Beyond HopeLady Sophia has long been estranged from her husband, Lord Vane Barwick, the Marquess of Claxton, whose rumored list of amorous conquests includes almost every beautiful woman of the ton. Yet a shocking encounter with him in a crowded ballroom—and a single touch—are all it takes to reawaken her furious passion for him. But how can she trust the man who crushed her dreams and took away the one thing she wanted most?A Love Beyond ReasonLord Claxton has never forgiven himself for the youthful mistake that ruined his marriage to Lady Sophia. Now, after nearly a year abroad, the reformed rogue vows to win back the only woman he's ever truly loved. He'll do whatever it takes to prove he can be the honorable husband she deserves—and the passionate lover she desires. As the snowdrifts deepen outside their ancestral home, can they rekindle the flame that burned so bright and find a new path to forever?

Review: I always forget how much I love historical romances until I decide to pick one up again and become completely wrapped up in the story. And boy did this one wrap me up! This Christmas romance made me feel so warm and fuzzy, and I didn't want to put it down.
Lady Sophia and Lord Vane haven't been on the best of terms lately. Ever since Sophia lost their baby and has been hearing various rumors of Vane's nefarious lifestyle, they haven't spoken to or seen each other in months, leaving their marriage in shambles. So when Vane shows up at a ball completely unannounced, Sophia is embarrassed, yet longing for the man who had hurt her the most. Running off to one of Vane's ancestral homes, Vane follows and they find themselves trapped by the snow. Can a few days shut off from the world help Sophia and Vane rediscover the passion neither of them can seem to forget? Wow, this book. There was everything to love about this historical romance. I am so obsessed Christmastime, so the fact that this one takes place in the week leading up to Christmas made the story that much better. Not only was the setting perfect, but I absolutely loved the characters. And I mean every single one of them. Sophia and Vane are so adorable, with the way they bicker and fight. I loved how the story followed their reacquaintance after they married. They had a history already, but now they're on their way to rekindling that romance in a much stronger way. And who wouldn't want to rekindle a romance with Vane? He's so gosh darn stubborn yet so gosh darn handsome. No wonder Sophia has no idea what to think or what to do whenever she's around him. Sophia's sisters, Vane's brother, and all of the other characters that pop up along the way are charming as well, and add so much more to the story. A good romance doesn't only need great characters, but it also needs a great storyline. The trials that Sophia and Vane go through really show them more about each other than they've never known and force them to grow closer. Finding the letter from Vane's mother adds mystery and adventure as they embark on the quest to find even more letters and answers. Not only that, but the quest brings out the fun sides of Sophia and Vane, and allows us to watch their relationship grow in a super sweet way. Overall, Never Desire a Duke was pure perfection. Lily Dalton knows how to create a sweet holiday romance with real emotions and charming characters. I know it's only October, but after reading this one, I'm longing for those cold, snowy nights to curl up with a steamy historical romance just like this one. Sadly, I have to wait until Spring to read Lily's next book in this series that focuses on one of Sophia's sisters. Until then, you all should pick up a copy of Never Desire a Duke now! It's the perfect holiday historical romance to curl up with during any time of the year.