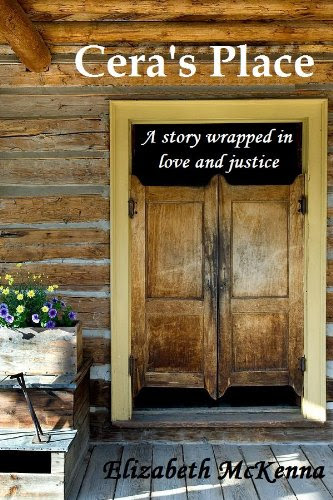 Summary: Life hasn't been exactly kind to San Francisco saloon owner Cera Cassidy, but she has built a successful business and a family of friends. She carries the reputation of a tough woman with a big heart, along with the derringer in her skirt pocket. One summer night, she discovers that the neighborhood thug is kidnapping Chinese girls to sell to the local brothels. Outraged, Cera vows to bring him to justice, but he's not going to let anyone interfere with his livelihood.

Jake Tanner, a scarred ex-soldier haunted by his Civil War experiences, is on a mission to fulfill a friend's dying wish. The trail has brought him to Cera's door. Captivated by her Irish beauty, he is more than willing to join in her fight - if only she would let him.

Review: This isn't the typical historical romance I read, but it was definitely just as enjoyable! The reason this one was so different was because Cera, the main character, was the owner of a saloon and she was a hard-headed female instead of the normal damsel in distress girls that are normally in historical romances. It was also cool how this story took on a crime/mystery genre when Care was trying to catch the bad guys in town who were selling Chinese girls.

But enough about that-- let's get on to the romance! Jake and Cera both loved and lost in the past, so when they first confronted their feelings for each other, they couldn't be more scared. Watching them open up to each other was cute, but sometimes things moved a little too fast. Whether it was a moment that appeared out of no where or someone randomly showing up to cause trouble, the story had it's moments where things went a little too fast.

Since this book was so short (185 pages), the author could have developed and extended the story a little more, but it was still a sweet read. It was quick, but Cera's Place still leaves you with a nice, romantic story you can't help but get lost in.