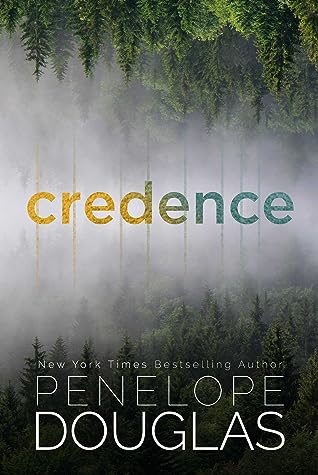 Tiernan de Haas doesn’t care about anything anymore. The only child of a film producer and his starlet wife, she’s grown up with wealth and privilege but not love or guidance. Shipped off to boarding schools from an early age, it was still impossible to escape the loneliness and carve out a life of her own. The shadow of her parents’ fame followed her everywhere.And when they suddenly pass away, she knows she should be devastated. But has anything really changed? She’s always been alone, hasn’t she?Jake Van der Berg, her father’s stepbrother and her only living relative, assumes guardianship of Tiernan who is still two months shy of eighteen. Sent to live with him and his two sons, Noah and Kaleb, in the mountains of Colorado, Tiernan soon learns that these men now have a say in what she chooses to care and not care about anymore. As the three of them take her under their wing, teach her to work and survive in the remote woods far away from the rest of the world, she slowly finds her place among them.And as a part of them.She also realizes that lines blur and rules become easy to break when no one else is watching.One of them has her.The other one wants her.But he…He’s going to keep her.*Credence is a new adult standalone novel suitable for readers 18+.

Ummm where do I start? First, thank you so much to Penelope and Social Butterfly PR for the review copy. It was an amazing surprise and I am so thankful I get to support one of my favorite authors!

And though Penelope is one of my absolute favorite authors, I have to be brutally honest. This book is NOT going to be for everyone. And almost wasn't for me. Almost. But I honestly think it was Penelope's writing and storytelling that kept me hooked and not wanting to put this book down.

Going in, I knew this girl was moving into the mountains with three men. A dad and two sons (both over 20). We have no idea who her love interest is going to be. I was not expecting Penelope Douglas to push the envelope with this one, but boy did she. I loved the chemistry she built between Tiernan and all three of the men she was living with. I truly believed there was an attraction with every man and was fanning myself on more than one occasion when things steamed up between Tiernan and one of the guys. That being said, I do think Jake and Noah were developed much more than Kaleb's character was. I found nothing appealing about Kaleb, especially because he was characterized as this barbaric animal for so long throughout the book. We don't even meet him until about 20% in and then don't get any real growth from him until at least 70%. I felt much more connected to the two other guys, so when we followed Kaleb some more, I lost that sense of connection.

This book definitely took me out of my comfort zone, but I seriously did love it. Like I said, if any other author wrote it, I don't think I would have enjoyed it as much. But since Penelope knows how to build some angst, tension, and INSANE heat between her characters, I could not put this book down.