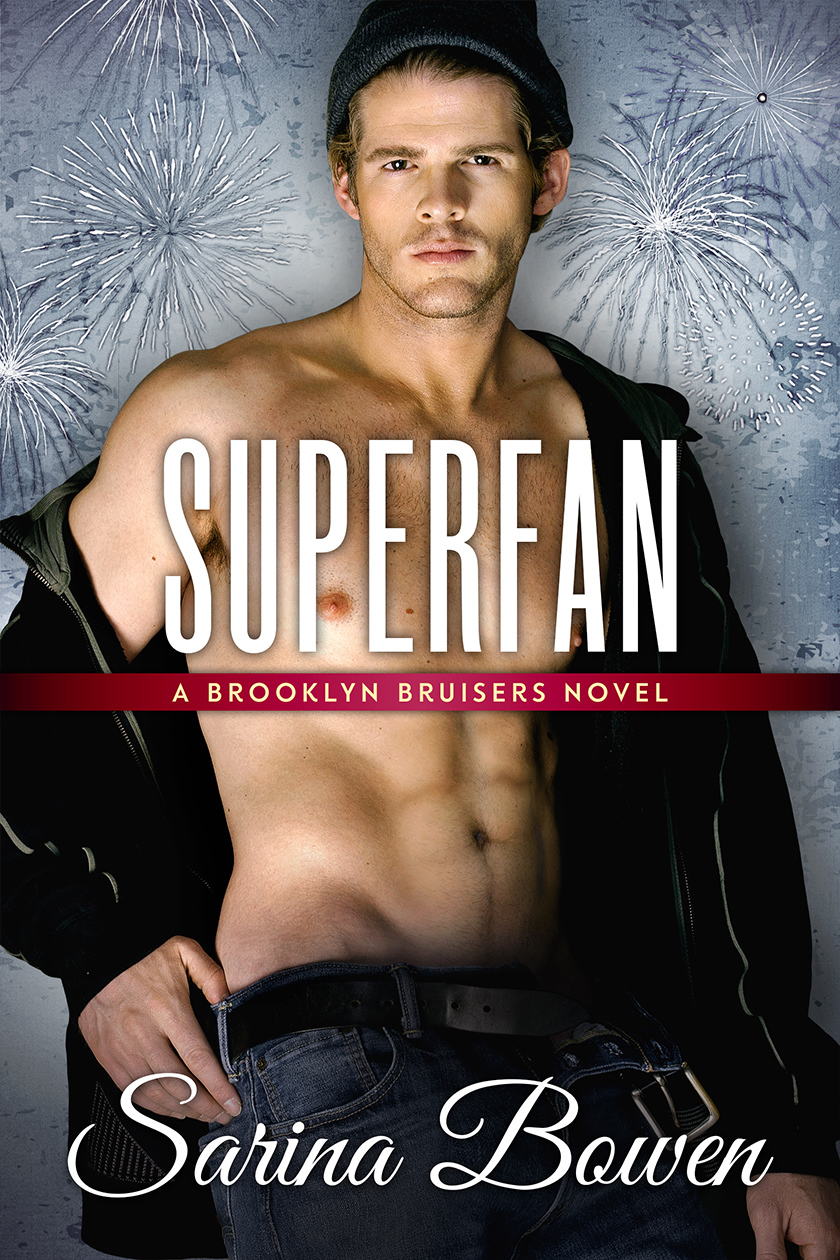 Sometimes lady luck shakes your hand, and sometimes she smacks your face. Sometimes she does both on the same day.Three years ago I met the most amazing girl in the world. We were both down on our luck. Then I got that call—the one that tells you to get your buns on a plane to go meet your destiny.But the girl was left behind. I didn’t have her phone number, and she didn’t know my real name.While I became a professional hockey player, she became a superstar, with platinum records and legions of fans. And a slick, music producer boyfriend who treated her badly.But fate wasn’t done with us yet. When Delilah turns up at a hockey game, I can’t resist making contact. The internet swoons when I ask her out on a date.She might not remember me. But her jerkface ex does. He’ll do anything to keep us apart. Good thing athletes never give up. This time I’m playing for keeps.

I have been a huge fan the Brooklyn Bruisers series ever since book one came out. I'm so happy that Sarina Bowen has continued the series after the original three and I couldn't wait to get my hands on the newest installment. Silas has been Delilah's superfan ever since they met in a bar he was working at three years ago. Now, she's a famous musician and he's an NHL goalie. They both finally achieved their lifelong dreams, and Silas finally has the chance to catch the girl of his dreams. From the beginning, Silas was such a sweetheart and I was swooning over his character. Both in the flashbacks to when they met and in the present, Silas really showed Delilah how much she meant to him and how serious he took their relationship. I will say, I wasn't a huge fan of how physical their relationship became so quickly when they reconnected and I wish there was a bit more substance built over their reunion, but that's just my own personal taste. My only other disappointment in this book was the lack of hockey. This book takes place during the off season, so we don't even get Silas playing any hockey. I prefer more sports in my sports romances, but other than that, I really loved Silas's relationships with all of his teammates and their significant others and how present they all were in this book. They were rooting for Silas the whole time he was dating Delilah and it was too cute!Overall, this was another great addition to the Brooklyn series with a super swoony hockey player. The music aspect of Delilah's career was a great plot line and I loved watching Silas and Delilah trying to make it work!