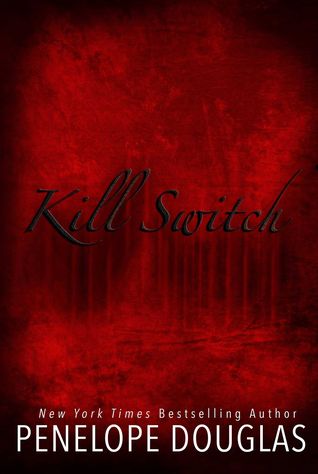 Sending him to prison was the worst thing I could’ve done. It didn’t matter that he did the crime or that I wished he was dead. Perhaps I thought I’d have time to disappear before he got out or he’d cool off in jail and be anything but the horror he was.

But I was wrong. Three years came and went too fast, and now he’s anything but calm. Prison only gave him time to plan.

And while I anticipated his vengeance, I didn’t expect this.

He doesn’t want to make me hurt. He wants to make everything hurt.

First thing’s first. Get rid of her daddy. He told them I forced her. He told them his little girl was a victim, but I was a kid, too, and she wanted it just as much as I did.

Step two… Give her, her sister, and her mother nowhere to run and no fuel to escape. The Ashby women are alone now and desperate for a knight in shining armor.

But that’s not what’s coming.

No, it’s time I listened to my father and took control of my future. It’s time I showed them all—my family, her family, my friends—that I will never change and that I have no other ambition than to be the nightmare of their lives.

She’ll be so scared, she won’t even be safe in her own head by the time I’m done with her. And the best part is I won’t have to break into her home to do it.

As the new man of the house I have all the keys.

Three years ago Winter sent him to prison. Now he's back. And this time, he's not letting her get away that easily.

I will say, I knew this was going to be a super long book and it definitely felt like it while I was reading it. It took more forever to get through this book, but in a good way? I never felt like the story was dragging or like we got too much information. We got a lot of past storyline so we understood exactly what happened between Damon and Winter at various stages of their lives, then the present storyline became more and more prevalent as the story went on. The different timelines were woven together nicely and paralleled perfectly.

Being inside of Damon's head, I almost forgot how horrible of a person he was in the previous books. Getting to know who he was and the whys behind his decision made him actually likable and I found myself falling for Damon. While I did fall for him, though, there were times where he was evil pertaining to Winter's blindness. There are TERRIFYING scenes in here that gave me sooo much anxiety regarding being in the dark. I don't know how Winter did it, but, like the previous books, our heroines thrive on danger and the thrill of being scared, and I definitely felt that thrill as I was reading. I truly felt like I was in Winter's world of blindness and was terrified yet excited along with her.

I didn't know that it would be possible, but Penelope sure did blow this book out of the water. She made Damon relatable and lovable and detestable all at once. It was amazing being back in the Corrupt world and now I am dying for Will's book!