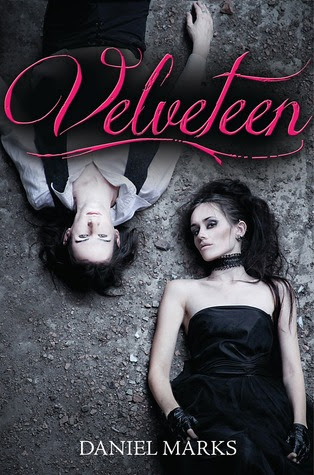 Summary: Velveteen Monroe is dead. At 16, she was kidnapped and murdered by a madman named Bonesaw. But that’s not the problem.
The problem is she landed in purgatory. And while it’s not a fiery inferno, it’s certainly no heaven. It’s gray, ashen, and crumbling more and more by the day, and everyone has a job to do. Which doesn’t leave Velveteen much time to do anything about what’s really on her mind.Bonesaw.Velveteen aches to deliver the bloody punishment her killer deserves. And she’s figured out just how to do it. She’ll haunt him for the rest of his days.It’ll be brutal... and awesome.But crossing the divide between the living and the dead has devastating consequences. Velveteen’s obsessive haunting cracks the foundations of purgatory and jeopardizes her very soul. A risk she’s willing to take—except fate has just given her reason to stick around: an unreasonably hot and completely off-limits coworker.Velveteen can’t help herself when it comes to breaking rules... or getting revenge. And she just might be angry enough to take everyone down with her.

Review: When I read the summary and saw the cover of this book, I was so intrigued. I normally don't read stories about ghosts, so I was really excited to try this one out. What started out as a promising story, though, quickly fell flat and couldn't hold my interest for the entire 447 pages of the story.
Velveteen opens up with a hook that really grabs your attention; Velvet is haunting her killer, who happens to be a serial killer and has just acquired his next victim in the shed of his back yard. Creepy, isn't it? I love stories like that, though, so I was instantly captivated by this story and couldn't wait to see what Velvet would do. Sadly, she ended up leaving the serial killer to go back to purgatory, where she worked with a team of other ghosts to save souls that people were using that caused "shadowquakes" that were destroying purgatory, where the ghosts lived. This part of the plot was a little confusing because I didn't really understand the whole hierarchy of the ghosts and just what exactly each of them did with their lives. And when Nick enters the picture, it was just a bit annoying how he instantly fell for Velvet and how their relationship just sparked out of no where. There seemed to be too much going on and there were moments I just didn't really care about the plot line or the characters. If the author had stuck with a story of Velvet haunting her creepy serial killer, this book would have had so much more potential. Instead, we had to get involved in a very confusing world where people would randomly "pass on" by disintegrating into ash, which the other ghosts would then proceed to rub all over their bodies as a sign of tradition and respect. Gross, right? While there were good ideas in this story, nothing really hooked me as much as the beginning of the book did. I guess I expected a more haunting story with ghosts getting revenge on their serial killers, but sadly that's not what I got. While it was still an interesting read, Velveteen failed to keep my interest for the entire story and could have been a lot better than how it ended up actually playing out.