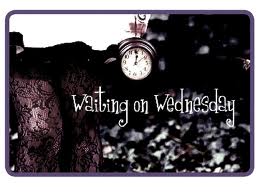 Nobody But Us
By Kristin Halbrook
Release Date: January 29, 2013

Summary: Bonnie and Clyde meets IF I STAY in this addictively heart-wrenching story of two desperate teenagers on the run from their pasts.
They’re young. They’re in love. They’re on the run.Zoe wants to save Will as much as Will wants to save Zoe. When Will turns eighteen, they decide to run away together. But they never expected their escape to be so fraught with danger....When the whole world is after you, sometimes it seems like you can’t run fast enough.Nobody But Us, told in alternating perspectives from Will and Zoe, is an unflinching novel, in turns heartbreaking and hopeful, about survival, choices, and love...and how having love doesn’t always mean that you get a happy ending. Described as “beautiful, heartbreaking, and exhilarating” by Kody Keplinger, author of The DUFF, Nobody But Us will prove irresistible to fans of Nina Lacour, Jenny Han, and Sara Zarr.

Ahhhh when can I get my hands on this book? I love romances that alternate perspectives between the male and the female (like Simone Elkeles' books) because you really get both sides of the story. And boy does it sound like there's a story to tell in this book! What are they running from? What's so dangerous that they're trying to escape? Everything about this book sounds intriguing, exciting, and all around amazing! And the cover is so pretty! Kind of looks like a Taylor Swift album cover, doesn't it? Haha, well either way, I really can't wait for this one to come out! I'm definitely going to be first in line to read a copy :)