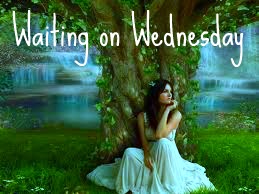 Summary: Lucy Weston tracks down the novelist Bram Stoker in her search to reveal the dark force who made her a vampire--and regain her humanity in the process.In the steampunk world of Victorian London, Lucy Weston, a character in "Dracula," seeks out Bram Stoker to discover why he deliberately lied about her in his popular novel. With Stoker's reluctant help, she tracks the creature who transformed her from the sensual underworld where humans vie to become vampires to a hidden cell beneath a temple to madness and finally into the glittering Crystal Palace where death reigns supreme. Haunted by fragmentary memories of her lost life and love, Lucy battles her thirst for blood as she struggles to stop a catastrophic war that will doom vampires and humans alike. Ultimately, she makes a choice that illuminates for her--and for us--the true nature of what it means to be human.


I've recently become fascinated by the whole steampunk genre and want to read more and more of it! I stumbled upon this one on goodreads and couldn't get over how pretty it looks! I don't know how, but it seems like every steampunk novel has a gorgeous cover! But back to this book, I was very intrigued when I got to the part that this is about a character in Dracula. I love retellings of other stories, but this sounds really cool how it's like a broken off story of a classic. It sounds like a really fun story and I can't what to read it once it comes out!