Do you guys know what today is?? Well, I'll tell you! It's the release date for Reunited by Hilary Graham! And what better way to celebrate the fact than to have Hilary herself here for an interview on Peace Love Books? Aren't you guys excited? I know I am! So here's Hilary Graham to share more about her debut novel that's out today! 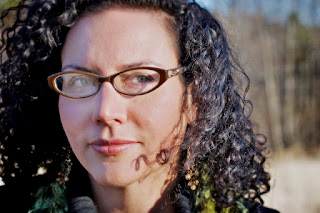 In three words, how would you describe Reunited?
Concert. Road-trip. Friends.

Where did you get the idea to write about three ex-best friends reuniting after graduation for a concert?
The idea for REUNITED actually came from my editor at Simon & Schuster who had a two-sentence concept about ex-best friends getting together to see a band they once loved.  Since I’d experienced a friendship break-up of my own freshman year of high school, I really connected with those feelings, even though my story is very different than Alice, Summer, and Tiernan’s.  For most 14-year-old girls, their best friends are the most meaningful relationship they’ve had at that point in their lives, apart from their family, so I thought the idea of ex-best friends reuniting at the end of high school, when they’re older and wiser, would make for an interesting story.  And I always love a good road trip!

If you could be anyone from Reunited, who would you be and why?
I think Alice, Summer, & Tiernan all have parts of me in them, but if I had to choose which one I’d be, it’d be Alice.

How do you feel about your debut novel being released?
So exciting! And thanks to the many photographs people have shared with me, I’m experiencing the thrill of seeing REUNITED pop up in stores all over the country.

What do you do when you're not writing?
Are you kidding?  I’m ALWAYS writing.  ;) But on the rare occasions when I do walk away from the computer, I enjoy spending time with my family and friends, traveling, doing yoga, reading, going hiking and camping, singing hopelessly out-of-tune karaoke, eating soft serve vanilla ice cream, watching Breaking Bad and Project Runway, and engaging in general silliness.

What inspires you when you're writing? What do you do if you ever get stuck?
Life inspires me.  I know this sounds vague, but I’m constantly inspired by the places I go and people I meet.  I don’t typically get stuck when I’m writing, but if I do, I usually just keep plowing forward until I come up with something good.  When that fails, I go for a walk or hit the elliptical to get the endorphins going.

What's your favorite book?
It’s so hard to choose, but one of my favorite books ever is TO KILL A MOCKINGBIRD by Harper Lee.

What your favorite color?
Pea Pod green.  For those who haven’t read REUNITED, the Pea Pod is the 1976 V.W. camper bus the girls drive cross-country.

What's next?
Right now I’m finishing up a book proposal for a new YA novel and I’m writing a movie for The Disney Channel.  There’s no guarantee it’ll end up on TV, but if it does, I’ll be sure to let you know.

About the Author
Hilary Weisman Graham is an award-winning filmmaker, screenwriter, and novelist.  She lives in rural New Hampshire with her husband and son, roughly thirty minutes away from the nearest grocery store.


For more about Hilary Graham, check out these sites:

Back in middle school, the three girls were inseparable. They were also the number one fans of the rock band Level3.

But when the band broke up, so did their friendship. Summer ran with the popular crowd, Tiernan was a rebellious wild-child, and Alice spent high school with her nose buried in books.

Now, just as the girls are about to graduate, Level3 announces a one-time-only reunion show.

Even though the concert’s 2000 miles away, Alice buys three tickets on impulse. And as it turns out, Summer and Tiernan have their own reasons for wanting to get out of town. Good thing Alice’s graduation gift (a pea-green 1976 VW camper van known as the Pea Pod) is just the vehicle to get them there.

But on the long drive cross-country, the girls hit more than a few bumps in the road. Will their friendship get an encore or is the show really over?

For more about Reunited, check out these sites:

I want to thank Hilary SO much for being a guest here on Peace Love Books! It's so exciting for her debut novel to be released today! So if you haven't already, check out Reunited and run to your nearest bookstore and snag a copy! Because it sounds great and I know I absolutely can't wait to read it :)