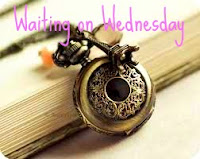 This is a meme hosted by Breaking the Spine where every Wednesday bloggers highlight a book that they are eagerly anticipating the release of!
Fracture
By Megan Miranda
Release Date: January 3rd

Summary: Eleven minutes passed before Delaney Maxwell was pulled from the icy waters of a Maine lake by her best friend Decker Phillips. By then her heart had stopped beating. Her brain had stopped working. She was dead. And yet she somehow defied medical precedent to come back seemingly fine

-despite the scans that showed significant brain damage. Everyone wants Delaney to be all right, but she knows she's far from normal. Pulled by strange sensations she can't control or explain, Delaney finds herself drawn to the dying. Is her altered brain now predicting death, or causing it?
Then Delaney meets Troy Varga, who recently emerged from a coma with similar abilities. At first she's reassured to find someone who understands the strangeness of her new existence, but Delaney soon discovers that Troy's motives aren't quite what she thought. Is their gift a miracle, a freak of nature-or something much more frightening?
For fans of best-sellers like Before I Fall and If I Stay, this is a fascinating and heart-rending story about love and friendship and the fine line between life and death.
I normally don't read novels about death, but gaining abilities after you were supposed to die? Sounds interesting! And instead of the same old cliche seeing-the-dead-when-you-almost-die concept, this sounds like Delaney is going to develop a different ability that may actually be causing death. Overall this seems like a really interesting storyline. Oh, and the added hint of romance doesn't hurt either! Can't wait to read this one :)