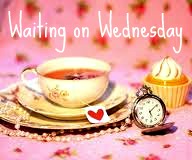 The Corner of Bitter and Sweet
By Robin Palmer
Release Date: July 2, 2013 Summary: Gilmore Girls meets Postcards from the Edge crossed with L.A. Candy!
Sixteen-year-old Annabelle Jacobs never asked to be famous, but as the daughter of Janie Jacobs, one of the biggest TV stars in the world, she is. Growing up is hard enough. Having to do it in public because your mother is a famous actress? Even harder. When your mom crashes and burns after her DUI mug shot is splashed across the internet? Definitely not fun. Then your mom falls for a guy so much younger than she that it would be more appropriate for you to be dating him? That’s just a train wreck waiting to happen.From Robin Palmer, author of Geek Charming and Wicked Jealous, this is a novel about the most complicated relationship a girl ever has: that with her mother.

The cover of this book is definitely what first drew me to it. Then, throw in that it's kind of like Gilmore Girls and I know that I HAVE to read this. This one sounds really fun and I love the whole aspect of her mom being famous and then royally screwing up. Hopefully it turns out as awesome as it sounds!
Posted by Jessica (Peace Love Books) at 3:22 AM