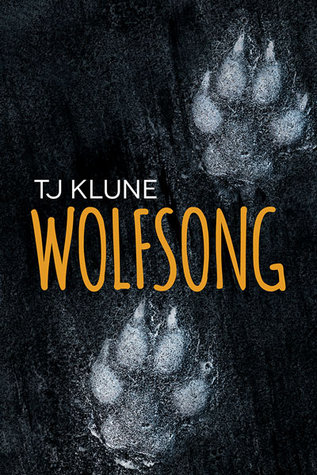 Ox was twelve when his daddy taught him a very valuable lesson. He said that Ox wasn’t worth anything and people would never understand him. Then he left.Ox was sixteen when he met the boy on the road, the boy who talked and talked and talked. Ox found out later the boy hadn’t spoken in almost two years before that day, and that the boy belonged to a family who had moved into the house at the end of the lane.Ox was seventeen when he found out the boy’s secret, and it painted the world around him in colors of red and orange and violet, of Alpha and Beta and Omega.Ox was twenty-three when murder came to town and tore a hole in his head and heart. The boy chased after the monster with revenge in his bloodred eyes, leaving Ox behind to pick up the pieces.It’s been three years since that fateful day—and the boy is back. Except now he’s a man, and Ox can no longer ignore the song that howls between them.

I HAVE FOUND AN ALL-TIME NEW FAVORITE BOOK AND I AM DECEASED.

Seriously. This book wasn't even on my radar until I saw my friends Lacey and Chandler talking about this series. I immediately put it on my wishlist and didn't even hesitate to pick it up when I received it as a gift. I was a die-hard Twilight fan in high school and this book gave me all of those feels and so much more. I absolutely loved the pack (this is paranormal-werewolves) and the importance of the pack to these people. Your pack is your family and you make your family. The bonds in this book were just so strong and I was just obsessed and in love with every single one of the characters.

As for the characters, Ox is such a special character that I will cherish forever. I absolutely adored him when we met him in the beginning and he felt like he wasn't special. The way he developed and really came into his own in this book was just so endearing and I just wanted to give him a big hug. Then, his SUPER slow burn and angsty romance with Joe was EVERYTHING and I was rooting for that ship from the start. I think TJ Klune handled their relationship very well and developed it (from when Joe was 10 and Ox was 16) very tastefully and realistically. At no point did I feel grossed out by the age difference, which is important considering the characters are so young when this book begins.

Like I said, I adored everything about this book. The book is very character driven and the plot is slow at times, but I never felt bored or disinterested. The slow parts of this book were so important to the plot and allowed characters to develop and relationships to solidify. I loved the paranormal aspects of this story and am already dying to read book two so I can see more of my favorite characters. You HAVE to pick up this book and fall head over heels for these characters.