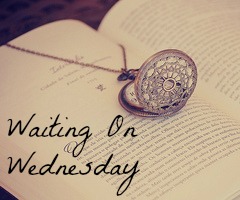 Summary: In America Singer’s world, a bride is chosen for the prince through an elaborate televised competition. In the second book of the Selection series, America is one of only six girls left in the running. But is it Prince Maxon—and life as the queen—she wants? Or is it Aspen, her first love?


It's been FOREVER since I've read The Selection and it's still going to be forever until the second book comes out! Why do we have to wait so long? I really want to know what's going to happen next with America and Prince Maxon! Grrrrr. Guess I'll just have to stare at the pretty cover until then...