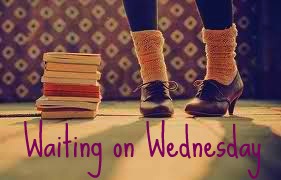 Summary: Red-hot author Miranda Kenneally hits one out of the park in this return to Catching Jordan's Hundred Oaks High.
After a scandal rocks their conservative small town, 17-year-old Parker Shelton goes overboard trying to prove that she won't turn out like her mother: a lesbian. The all-star third-baseman quits the softball team, drops 20 pounds and starts making out with guys--a lot. But hitting on the hot new assistant baseball coach might be taking it a step too far...especially when he starts flirting back.

I seriously LOVED Catching Jordan, which was about a girl football player, and when I saw that Miranda Kenneally was coming out with another sports romance, I knew I had to get my hands on a copy stat. And the main character falls for a baseball coach? Mmmmmm I just know I'm going to love this story even more than the last! Not only does it sound like a good romance, but it also deals with some serious issues, so I know it's not all fluff (though there's never anything wrong with that....). I'm glad October 1st isn't that far away because I'm dying to read this one!