Book Review: The Perks of Being a Wallflower by Stephen Chbosky

The Perks of Being a Wallflower
By Stephen Chbosky
Release Date: 1999

Summary: Caught between trying to live his life and trying to run from it, Charlie is navigating through the strange worlds of love, drugs, "The Rocky Horror Picture Show", and dealing with the loss of a good friend and his favorite aunt.


Review: I just don't know what to say right now. Or think. Or anything. This book was like nothing I've read before, but definitely in a good way. I loved the author's style, how the whole story was told through Charlie's letters to a person he's never even met before. Charlie's letters and personality remind of The Catcher In the Rye a lot, but I'd have to say I liked this one a whole lot better.

The Perks of Being a Wallflower deals with so many issues, starting off with a suicide and moving on to drugs, drinking, sex, and just figuring out who you are. I felt myself loving Charlie and wanting him to make it out of everything okay. He was so naive and adorable that he's that kid that's impossible not to like. I love the other characters too, like Sam, Patrick, and even Mary Elizabeth. Everyone was so quirky and accepted you for who you were with no questions. I really can't find one thing I did't like about this book.

After finishing this (I borrowed it from a friend), I had to talk to her like five different times that same night because I couldn't wrap my mind around what happened. There was just a feeling of, I don't know...I really just don't know. This book really makes you think but not really know what to think at the same time. It's really quick, so if you have the chance, you should definitely pick this up. I think it's something everyone should experience and I really can't wait for the movie. Everyone in the cast seems perfect for the character they're playing, so hopefully the movie lives up to the book! 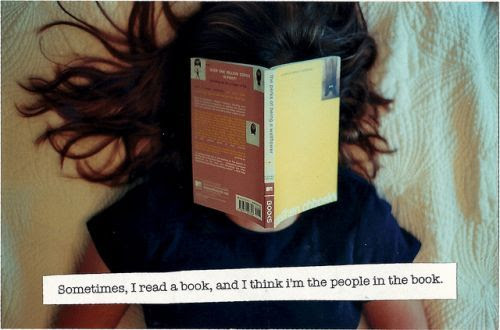