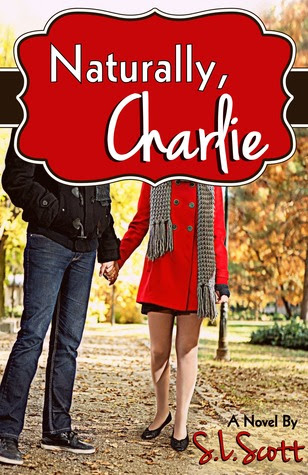 Summary: Twenty-five year old Charlotte “Charlie” Barrow is caught between her old life and the one she is beginning to build when she crosses paths with a handsome stranger on the subway. Not looking for romance, she closes her heart off to the possibilities of love. With a knack for mishaps, Charlie maintains her sense of humor while befriending the kind stranger who seems to be there at all the right times.
New York freelance writer, Charlie Adams, is forging his own path beyond the expectations of the society circles of his childhood. Rejecting family money, and fast-lane friends, he is snubbed by his family as he follows his own compass to a life more extraordinary. Through a coincidence of events, they come to rely on each other for comfort. This is the tale of two Charlies learning to trust again while fighting their fates to create their own destiny.

Review: After reading so many rave reviews of this book, I couldn't wait to get into it. It had over a four star average rating on Goodreads, which is pretty rare for books, so it had to be really good, right? Well, not exactly. Naturally, Charlie sounded like a super sweet contemporary romance, which is exactly the kind of genre I love. Actually reading the story, though, I just couldn't get into the Charlies' relationship as much as I wanted to.
The characters were likable enough. Girl Charlie works for an auction house and is still getting over the death of her ex-fiance who had cheated on her. Boy Charlie is a writer who is still waiting to find that one girl who makes his world brighter. Normally, I would be falling all over a male lead who is an insanely attractive writer, but I didn't find myself feeling that way towards Charlie. He was okay, but nothing he did ever had me swooning and he seemed to say the same cliche things about girl Charlie all throughout the book. I liked how the Charlies met on the subway, but didn't actually get to know each other until after fate kept on throwing them together. Watching them grow closer and closer was really adorable, especially how they would have movie marathons with delicious cupcakes. This part of their relationship, though, seemed to drag on. In books, I don't like to sit around for 6 months waiting for someone to make a move. I just started to get annoyed how they both went on and on about liking each other, but none of them did anything about it. Then, their deep conversations about love and moving on seemed a little forced and cliche; I couldn't really see a couple talking that way to each other without sounding super cheesy. The ideas for a cute contemporary romance were there, it just came out sounding too cliche. So overall, this was just an okay read. I found myself skimming through the last couple of chapters and epilogue because things wouldn't end. I really wish I could have enjoyed this book more, but I just couldn't. Maybe I'm in the mood for something with a faster pace, but if you can put up with a slow moving story, then maybe you'd like this one! Naturally, Charlie really did hold a cute story, but the execution seemed to be lacking and fell just a bit flat for me.