Blog Tour + Giveaway: Less Than a Gentleman by Kerrelyn Sparks

Less Than a Gentleman
By Kerrelyn Sparks
Release Date: July 2, 2013 Summary: In this never-before-published historical romance, New York Times bestselling author Kerrelyn Sparks returns to the 18th century, where the fight for freedom is as dangerous as the fight for love.
Between searching for the missing Munro sisters and South Carolina being all but lost to the British, Captain Matthais Thomas has more important things to worry about than finding a bride. But his mother has other ideas. When Matthais finds a beautiful woman in his bed who claims to be his betrothed, he is suspicious of her identity…and determined to discover the truth.Caroline Munro had few options. The British burned down her home, and now, traveling with her very pregnant sister, Caroline is pretending to be someone she’s not so they can have a safe place to rest. But she didn’t count on a matchmaking matron or her rogue of a son…and certainly never dreamed she would fall in love with a spy.

Review: There are so many historical romance authors out there, and I absolutely love finding new ones to fall in love with. This is the first book I've ever read by Kerrelyn Sparks and let me tell you, her books have definitely become a newfound love of mine!

Captain Matthais Thomas is a soldier down to his core. In between fighting the British and trying to track down two missing sisters, there's really no more room to think about anything else, especially when it comes to romance. But his mother has other ideas. When Caroline shows up at his mother's plantation home with her pregnant sister and sister's two kids claiming to be the woman his mother asked to come be his bride, things get a little hairy. This fiery woman is definitely not the same spoiled girl Matthais remembers from his childhood, and he soon figures out Caroline isn't who she says she is. But as she starts to become more involved in his plots against the British, Matthais finds himself constantly thinking about the stubborn redhead who has promised to never love a soldier again.

Oh my gosh, where to start? I'm normally not a big fan of American historical fiction about the colonial days, but I could not put this book down! And it wasn't even the romance that made this book so interesting (though that did help), but it was the whole war aspect. I loved how there were secret passages and Mattais was basically a spy trying to get information from the redcoats. There wasn't a whole lot of the fighting on the battlefield either, which I really liked because I'm not a big fan of that side of war in my romances. The opening scene did drop you right into the middle of some serious war action, but that just made the book hook you from the start.

But let's get to the romance. The chemistry between Matthais and Caroline was so strong and watching them fall for each other was just so gosh darn cute. I loved how Caroline thought Matthais was a butler, and when she talked about him to others, it was so funny their little sarcastic reactions that she didn't catch on to. How she falls for Matthais really shows her feelings are genuine, which makes you root for their relationship even more.

So if you haven't read anything by Kerrelyn Sparks, I would definitely recommend picking this one up. Even if you're not a big fan of the American historical romance genre, this one will grab you from the start and have you caring for the characters as if they're people you actually know. There's action, secrets, and, of course, romance. What more could you want in a book? Kerrelyn Sparks is the New York Times bestselling author of a series that mimics its sexy heroes by refusing to die. Now up to book thirteen, the Love at Stake series spreads laughter worldwide in thirteen different languages. In spite of a tendency to nibble on necks or howl at the moon, Kerrelyn’s vampire and shapeshifter heroes are still wonderfully romantic.

Please visit www.kerrelynsparks.com where you can read excerpts, play vampire games, or join the forum. Kerrelyn loves hearing from readers, even those who howl at the moon. Letters may be sent to P.O. Box 5512, Katy, TX 77491-5512. 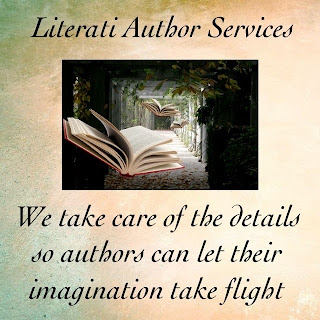 Posted by Jessica (Peace Love Books) at 7:52 AM