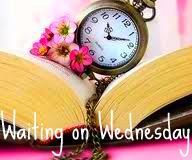 All Our Pretty Songs
By Sarah McCarry
Release Date: July 30, 2013 Summary: The first book in an exciting YA trilogy, this is the story of two best friends on the verge of a terrifying divide when they begin to encounter a cast of strange and mythical characters.
Set against the lush, magical backdrop of the Pacific Northwest, two inseparable best friends who have grown up like sisters—the charismatic, mercurial, and beautiful Aurora and the devoted, soulful, watchful narrator—find their bond challenged for the first time ever when a mysterious and gifted musician named Jack comes between them. Suddenly, each girl must decide what matters most: friendship, or love. What both girls don’t know is that the stakes are even higher than either of them could have imagined. They’re not the only ones who have noticed Jack’s gift; his music has awakened an ancient evil—and a world both above and below which may not be mythical at all. The real and the mystical; the romantic and the heartbreaking all begin to swirl together, carrying the two on journey that is both enthralling and terrifying.And it’s up to the narrator to protect the people she loves—if she can.

Doesn't this one sound so intriguing? I'm really excited for the cast of strange and mythical characters, and how it affects the two best friends. And who is this Jack that threatens their friendship because both love him? What's most interesting, though, is the fact that the narrator isn't named. Who is she? I guess I'll have to wait to read this one to find out!
Posted by Jessica (Peace Love Books) at 3:09 AM