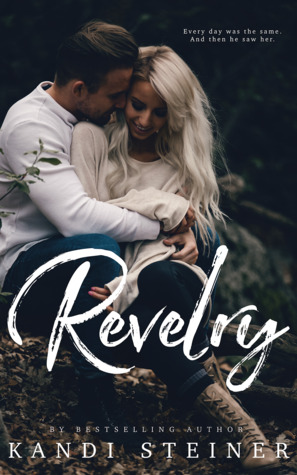 Wren Ballard is trying to find herself.She never expected to be divorced at twenty-seven, but now that the court date has passed, it’s official. The paperwork is final. Her feelings on it aren’t. Spending the summer in a small mountain town outside Seattle is exactly what she needs. The peaceful scenery is a given, the cat with the croaky meow is a surprise, but the real kicker? A broody neighbor with nice arms, a strange reputation, and absolutely no interest in her. Anderson Black is perfectly fine being lost. He doesn’t care about the town’s new resident — he’s too busy fighting his own demons. But when he’s brought face to face with Wren, he can see her still-fresh wounds from a mile away. What he doesn’t see coming is his need to know who put them there — or his desperation to mend them.Sometimes getting lost is the way to find yourself. Sometimes healing only adds a new scar. And sometimes the last place you expected to be is exactly where you find home.

After reading A Love Letter to Whiskey earlier this year, I have wanted to pick up everything Kandi Steiner has ever written. That book had so much heartbreak and emotion, so I knew I had to be prepared when picking up her newest release. Wren Ballard thought she had found her forever when she married her husband, Keith. Ten years later, though, Wren has found herself divorced and trying to find out who she really is. In order to find inspiration for her newest fashion line and rediscover herself, Wren has decided to stay in a mountainside cabin an hour outside of Seattle. Her first night there, she runs into the silent, brooding Anderson Black who instantly intrigues Wren. Anderson has some demons of his own and has spent the past 7 years hiding from them. Wren is not something Anderson had planned on happening, but the more time the two spend together, the more willing they are to face their demons and see if they really can heal and live a life they each deserve. When I started this book, I quickly realized this was going to be different from ALLTW. Not only were the characters older, but the romance was much sweeter and…mature? Wren is coming off of a 10 year marriage and is just trying to discover who she really is. It was so refreshing how Wren's marriage wasn't something she really wanted to end but had to because of how far she and her husband had grown apart. Her whole story was realistic and I liked how she had tried so far to fit into her husband's mold of a perfect wife that she lost who she was along the way. The cabin is such a serene place and the perfect location for her to do some soul searching. After reading this book, I want to find a cabin for myself (with a super adorable cat) to whole up in for the entire summer. Have I mentioned the emotions in this book? Because while it had more mature, adult characters, there was still so much emotion. Anderson was coping with something that he felt was his fault so many years ago and he hadn't really been living since then. While he found himself opening up to Wren and vice versa, they still didn't know how to truly be strong, independent people on their own. The whole cast of characters in this book were so lovable and I loved how they were shocked watching Anderson return to being alive again after Wren came into town. There were definitely a few setbacks along the way with Wren and Anderson's relationship because it was so fragile and they were both still trying to put their own hearts back together before they could fully give them to each other. In the end, this was another emotional, heart wrenching hit from Kandi Steiner. I was so emotionally invested in Wren and Anderson, both as individuals and as a couple, and my heart broke for them as they were trying to overcome such tortured pasts. Oh, and I can't write this review without mentioning how fun Wren's character was and her love for 90s music. I wanted to put on some Backstreet Boys, fire up some pancakes, and dance around lip-syncing. You won't be able to help falling in love with Wren's bright personality and Anderson's brooding, mountain-man attitude. In other words, you have to pick this book up!